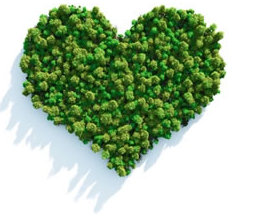 Being Hong Kong's largest supermarket chain, we understand that it is important to pay special attention to environmental issues, charity work and historic preservation, because it is our way of supporting the community.

Wellcome launched a Food Recycling Programme at its Fresh Food Centre. Food waste (by-products generated during pre-packaging of some food products) will be collected by related party daily and turn them to compost or animal feed, reducing the organic waste produced everyday. 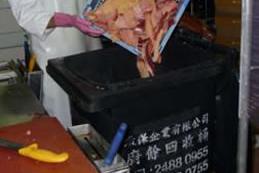 Collaborating with two local food banks Feeding Hong Kong and Food For Good, Wellcome runs a food donation programme to donate food items having imperfect packaging or close to expiry date to people in need. The programme has expanded from having 10 cooperating stores in 2012 to nearly 100 stores by end of 2015. Food items donated since the program launch are equivalent to nearly 150,000 meals. Not only does it help reduce food waste, but it also benefits the underprivileged in our society. 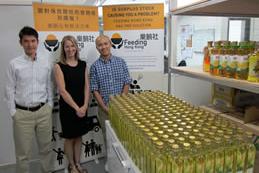 Wellcome was the first to introduce Euro 5 vehicles in 2008. In 2010, Wellcome acquired a fleet of more environmentally-friendly EEV trucks, which reduced air pollutants by 88%. In 2014, Wellcome introduced Euro 6 vehicles which have even higher efficiency than the previous generations. All together, Wellcome has a fleet of 59 Euro 5 vehicles, of which 24 are EEV, and 2 newly added Euro 6 vehicles, reducing over 555 tonnes of air pollutants every year. 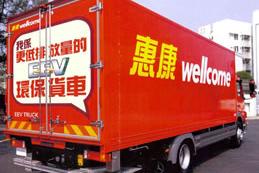 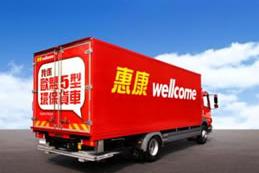 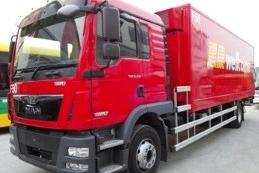 Following the recruit all Hong Kong pre-school kids to become "Little Green Ambassador" in 2008, the "Little Green Ambassador Scheme 2009" jointly organized by Wellcome,7-Eleven, Mannings and Education Bureau has recruited nearly 100,000 students from 170 primary schools territory-wide, which is equivalent to around one-fourth of the total number of primary school students in Hong Kong, to become "Little Green Ambassadors" this year and successfully reduced the usage of plastic bags together with their parents, thus saving close to 1 million plastic bags in around two months' time. It aimed to motivate the young generations to inspire their families to pick up the habit of bringing their own bags and establishing a greener family. 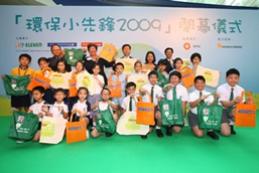 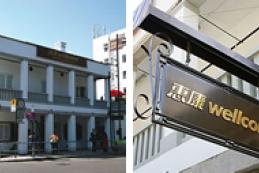 Wellcome has hosted many Green design activities in recent years, and in 2007,
Wellcome and the Hong Kong Youth Arts Foundation co-hosted "Wellcome Reusable Bag Design competition." Fuelled by their imaginations, students from territory-wide schools were invited to submit green design projects. Two renowned local comic artists, Siu Hak and Stella So, were invited to guide students through their projects. Several outstanding projects were exhibited around Wellcome stores and shopping malls after the competition. The winning bag design was reproduced as a real reusable bag for sale in Wellcome supermarkets all over Hong Kong. 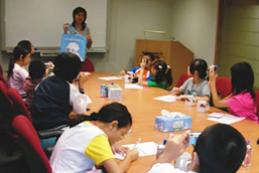 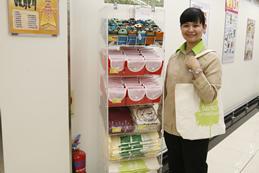 In March 2007, we reduced the length of our shopping receipts by an average of 20%,
equal to an annual reduction of 7 million metres of till roll every year.

Our Fresh Food Centre has implemented a "Heat Recycling" project; we collect
waste heat from food processing procedures and use it to heat water for other processes.
In addition, we treat on average 19,700 cubic metres of waste water to International Ocean Standard
a year – equivalent to almost 10 Olympic sized swimming pools.

Since 2005, we collect and recycle all exhausted printer toners from our stores
and are pioneers in promoting the Rechargeable Battery Recycling Programme. 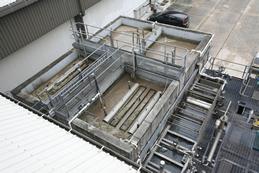 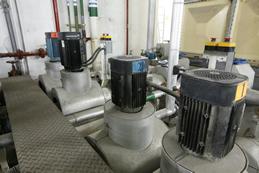 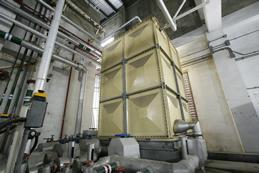 Since 2004, over 100 stores were fitted with zoning controls that maintain 1/3 of the lightin gafter operation hours.
The energy saved is equivalent to 60 years of electricity usage for a family of four. 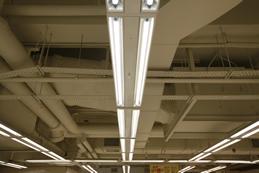 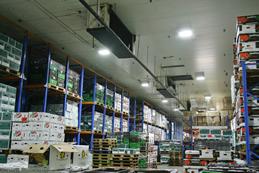 When we renovate our stores, we generally reuse as many of the fixtures as possible in other stores.
As well, we are currently initiating a programme in our warehouse to use reusable pallet strips to secure products.

We have also been committed to reusing all cardboard boxes since 1997, those that cannot be reused will be recycled.
Each year we estimate that approximately 144 tones of cardboard are collected from our stores. 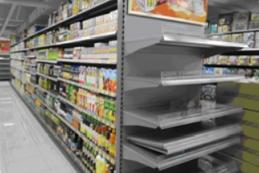 Our approach on Microbeads

We are proactively communicating with other rinse-off personal care or cosmetic product suppliers to reiterate our concern on the usage of microplastics. We are also recommending our suppliers to switch to more environmentally-friendly alternatives. 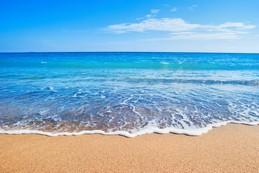 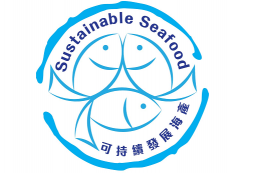